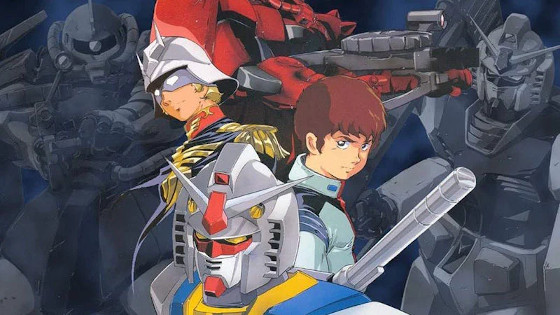 In 1979, a new robot anime was produced by Sunrise. This anime was the first to treat robots as machines of war rather than as magical or super constructs. This anime was Mobile Suit Gundam, and it kickstarted the "real robot" genre. Gundam was followed by many other iconic series, such as Macross, Patlabor and VOTOMS but even after 40 years, Gundam remains the foremost in the genre. The original series spawned multiple sequels and spin-offs and new series continue to be produced to this day.

Gunpla is a portnmanteau of "GUNdam PLAstic model", and is the name used to refer to scale model kits of the mobile suits from the franchise. The first kit, the original 1/144 RX-78 came out in 1980 and over a thousand different kits have been released since then.

All Gunpla kits are pre-coloured, and do not require glue or cenent. The parts are so precisely engineered that they hold together through friction alone, unlike the "snap fit" kits produced by many western model companies (although kits originally designed in the 80s do require glue). All parts are pre-coloured, but painting and panel-lining will signficantly improve the look of the finished model.

It is important to note that the only official Gunpla kits are those produced by Bandai. Anything from Gundam produced by ANY other company is an unlicensed or counterfeit kit. Although they may look official, parts often don't fit very well and the plastic may be low quality. Don't be fooled by Chinese knock-offs!

What are the different types of kits?

The largest kits of all, these kits are usually labelled as Mega-Size and are approximately 38-40cm tall. They are relatively easy to build, being similar to High Grade models, although due to their weight, their joints are necessarily stiffer and do not feature the same level of poseability. An even larger scale -1/35 Jumbo Grade - does exist, but are very rare and not regularly produced.

1/60 scale
1/60 Perfect Grade (PG): These are the pinnacle of Gunpla, with extreme detail and gimmicks such as opening panels and LED lights. All PG kits have full inner frames and feature a very high level of articulation. These kits have the most parts, and are generally not suitable for beginners.

1/60 Other: These kits are in the same scale as Perfect Grades but are considerably less detailed. They will lack externally panelling, inner frames, and are less articulated. On the other hand, they are also easier to build with a lower parts count. They are suitable for beginners, but are also a great challenge for experience modellers who want to make a simple kit look good.

1/100 scale
This highly popular scale stands about 18cm high. The models are substantial in weight, which also makes them quite stable, and the parts sizes make them easier to detail than 1/144 kits.

1/100 Master Grade (MG): The grade of choice for many modellers, MG kits pack detail, articulation, gimmicks, customisability and a high parts count in one package. Later MG kits are built around an inner frame, on which the external armour parts are layered, and these can also be removed to show the frame detail. Any kit described as a 2.0 or ver. Ka (for designer Hajime Katoki) kit will have an inner frame, although many that don't have this designation also do (usually indicating that a version 1.0 was never made). If in doubt, just ask!

RE/100: The RE/100 line was designed to complement the MG line, by including less popular mobile suits, or ones that were just too complex to produce in MG (such as the Nightingale). A lot like HGs, they are less detailed and easier to build.

Other 1/100: Varius other 1/100 lines exist, most of which are similar to HGs. The Full Mechanics Iron Blooded Orphans kits have simpler frames than MGs, but otherwise, the other models tend to be older, scaled up High Grades. Some of these kits are the only way to get certain Mobile Suits in 1/100 scale!

1/144 scale
Most of these kits stand approximately 15 cm (6 inches) tall. Their size and price make them the most popular choice, especially in Japan.

1/144 Real Grade (RG): These are the most advanced grade of 1/144 kits. In many ways, they are similar to scaled-down Master Grades, with lots of detail, inner frames, advanced articulation and transforming mechanisms without parts swapping. RGs can be intricate to build due to their smaller parts.

1/144 High Grade (HG): HGs are the most common type of Gunpla, with by far the most variety. Simple to build, they are the best grade for beginners to start with, but advanced modellers too will enjoy the customisation potential of these kits. The quality of HGs varies a lot, with the earlier kits being relatively plain and simple, but the later kits have very sharp detail definition and much greater poseability. A good way to tell is, if a kit is just described as HG then it is an older kit. Later kits will have HG followed by some letters or words, e.g. HGUC, HGBF or HG THE ORIGIN.

1/144 Other: Other, non HG models do exist. These are mostly older kits, although some overlap exists. They will be quite simple to build, but may not look very good compared to modern releases, and will usually require both painting and/or cement.